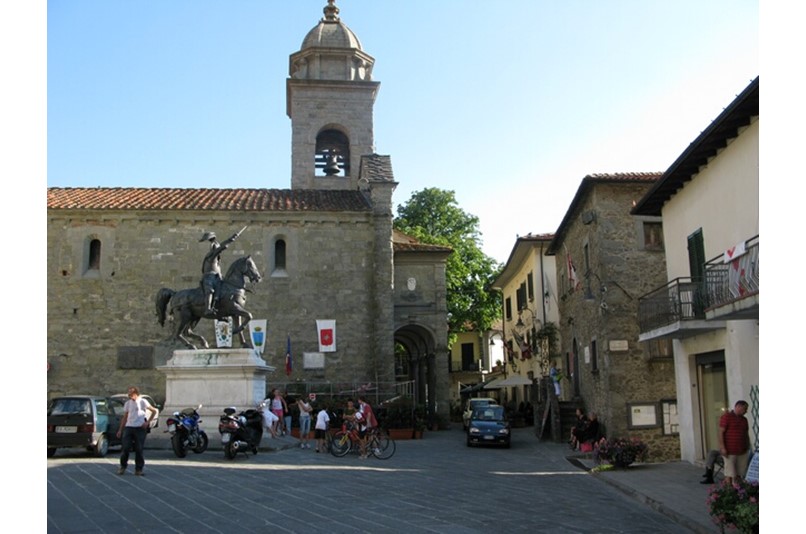 Extensive chestnut are the crown of the country Gavinana known summer resort residence, which still retains the structure of village in medieval winding streets that lead up to the main square and old houses rustic wall of local stone, with small windows and portals framed in the spring that are embellished with colorful flowers. The history of the country is linked to a hero: Francesco Ferrucci, militia leader of the Florentine Republic that on 3 August 1530, led his soldiers in strenuous battle against imperial troops. In this heroic fighter who beat to death are devoted equestrian statue in the central square of the village and the nearby Ferrucciano Museum, which preserves memories and memories of many patriots in Italian Risorgimento period gave tribute to Ferrucci .. In the same square, a meeting place and cultural events and folklore, there is the ancient church of Santa Maria Assunta, built in the twelfth century and transformed within the Corsican the seventeenth century. Here there are two valuable works sixteenth in earthenware made by Benedict Buglioni, a valuable body of Caesar nineteenth and Luigi Tronci, famous organ, an instrument that is a part, along with other organs preserved in historical churches mountain of prestigious musical tradition Pistoiese.