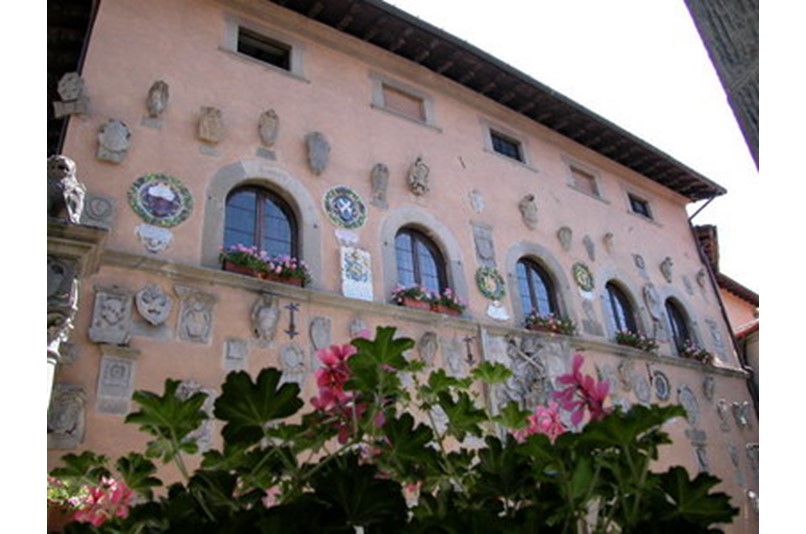 On a spur next to the Mount Cuccola, immersed in thick woods, stands Cutigliano, medieval village of origin, a place that still retains almost intact the testimony of his past. Built along a major road network, already documented in lombard that valicava Pass Cross Arcane to head north, Cutigliano developed after 1368 when, under Pistoia, became the seat of the Magistracy on the Mount. The country, characterized by narrow streets lined with ancient buildings and monuments, is a prestigious summer resort supplementing its tourist offer with the ski resort of Doganaccia placed on the Apennine ridge. The focal point of the village is the square of the City Hall dominated by the Palazzo Pretorio or Captains of the Mount, built at the end of the fourteenth century and expanded in the following centuries. The passing of time on these ancient walls is documented by the many stone coats of arms and polychrome terracotta of Captains called to fill the coveted judiciary, while a large emblem of the family de 'Medici, surmounted by the papal insignia of Leo X, dominates the portal Admission. Another symbol of dominance is the Florentine statue of Marzocco placed on the stone column in the square, a copy of the original sculpture that can be kept in the loggia overlooking Renaissance building that completes the architectural decoration of this valuable urban space, where you can admire a fresco sixteenth with the Madonna and Child. The sound of water flowing from the small stone fountain accompanies the visitor to the nearby church of Our Lady of Piazza, where it is a work in earthenware Benedict Buglioni. Interesting examples of the seventeenth century Florentine painting can be admired in the church of St. Bartholomew, just outside the country. Around Cutigliano offer the possibility of walks and tours of major environmental value such as Lake Scaffaiolo, Melo, Pianosinatico, Pian di Novello and Sestaione, with the Grand Ducal beautiful fountain that still brings refreshment tourists crossing these reliefs. Of particular interest are the Pian Ontani, home of the poet Beatrice pastora Bugelli and Rivoreta, a small village where the Ethnological Museum of the people dell'Appennino Pistoiese.